If "working" on mindfulness isn't working for you,
try PLAYING instead. 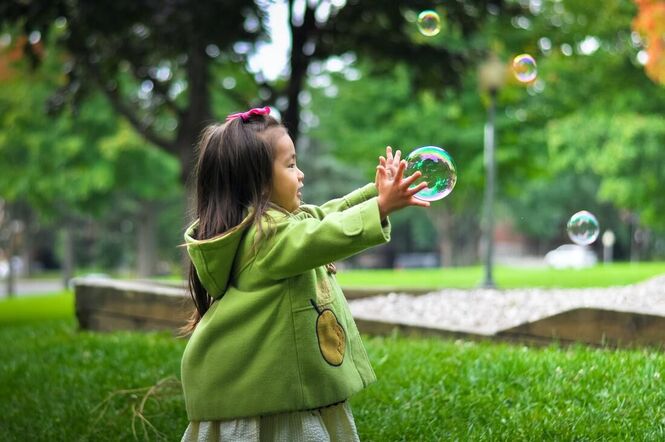 Back in 2000, I started applying game theory to mindfulness training.
See, it turns out that when you give people:
⭐permission to play
⭐a series of achievable goals
⭐and an enjoyable path
​toward reaching those goals,
​they progress more quickly and report higher satisfaction levels.

But turning mindfulness into a fun game you can't wait to play
turned out to be an effective way to teach people of all ages how to pay attention.
Sure, not everyone embraced it.
(That's the thing about disruption: you may ruffle some feathers.)

What inspired me?
Within a few years, I lost three brothers.
(One died of AIDS, and two took their own lives.)
Filled with dark thoughts myself, I turned to the mindfulness practice
I had learned years earlier in Asia. And because what I longed for
was lightness, I started adding in ways to bring joy to every day.
Soon, I started sharing what I learned with others.

My eyes-wide-open approach to everyday awareness
(formerly Real-World Mindfulness Training)
has been featured in over 150 web and print media outlets around the world,
from Parents to Penthouse, Men's Health to MORE, Woman's Day to Wired.
I created tons of playful mindfulness tips and articles that appeared in a broad range of publications,
like the Japanese edition of Vogue, the Italian version of ELLE,
a book for teachers in India, and creativity workshops across Europe.
Back before blogs and social media, there were ezines. I had one with subscribers in over 100 countries.
People really loved the idea of playing with mindfulness!

These days, there are plenty of related books to buy and apps to try.

But I find that people are far more likely to develop a mindfulness practice they enjoy and
make meaningful progress if they put their own spin on it.

​Want to collaborate on an awareness project?
Contact me