Mindfulness and Racism:
Unlearning Our Bias
by Maya Frost 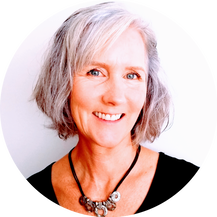 Can we outsmart our own racism through
information and intention?

One study done at Dartmouth presented interesting ideas about racism and the brain.
According to the widely published results of this research, racism can actually cause stupidity.
Even professors from esteemed universities like Stanford were quoted as saying such things as
"Racism really does make people stupid."

Well, that makes for an interesting sound bite, but it's a bit misleading.

Here's what happened: white test subjects with a bias against black faces
performed poorly on a cognitive skills test after being interviewed by an
African American person. The more biased the subjects were (based on their scores
on the Harvard implicit association test), the worse they did.

This was the first study to show through magnetic resonance imaging that there
is a particular area of the brain associated with efforts to say or do the "right" thing.
This "executive control" portion of the brain showed increased activity during
both the implicit association test and the interview. Those who had scores
indicating a greater bias showed the most activity in their brains in this area
as they struggled to refrain from making racist choices or offensive remarks.
As this section of the brain was overloaded, subjects were temporarily
unable to perform thinking tasks.

The compelling notion here is that the presence of someone
about whom we feel a bias affects our ability to think.
If you live in a fairly homogenous community, your bias
--and the "executive control" part of your brain--
isn't really tested. However, if on a daily basis you interact with people
toward whom you have a racial bias, your thinking becomes impaired, at least temporarily.

What does this mean long term? How does it relate to systemic racism?
Are racist individuals in integrated communities
"dumbed down" because their overtaxed brains can't cope? Is there a cumulative effect?
A whole lot more research needs to be done to learn more about this.

Most of us don't want to acknowledge that we may have a bias in terms of race.
We know it's unfair, unwarranted, and detrimental to have a negative view of
anyone on the basis of race. We want to believe  we can outwit any
insidious form of racism that may be lurking in the back of our brains.

Well, our brains don't know that. These tests measure what's going on in our brains,
not what we want to have going on.

We assume that more contact with individuals of other races will help us overcome our prejudices,
but integrated communities are rarely racism-free. Contact alone doesn't eliminate racism.
Greater understanding, positive relationships, and a conscious effort to unlearn our
knee-jerk racism are the only ways to reduce our learned bias.

The first step is to be honest: virtually every single person on the planet has a racial bias of some kind.

And then? What next?
Begin the process of unlearning, and replace your bias with
​greater understanding and positive experience.

Absorb everything you can about those who are different than you.
Spend time with a diverse group of friends and acquaintances.
Read voraciously from diverse authors. Travel, see movies, listen to music,
try new foods--do everything possible
to develop a voracious curiosity and robust enthusiasm for people.

Most importantly, be mindful of your responses (spoken and unspoken)
and be intentional about seeing others for who they are rather than for
the color of their skin.

Notice it. Note it. And vow to learn and connect.